How many threads intersect the lives of many? In this episode, Larry sits down with author Joseph Kanon to discuss his latest book The Berlin Exchange. Joseph shares his experience switching from working in the publishing industry to becoming a published author, spy swaps in fiction and the harrowing reality of those living in East Berlin during the 1960s. His protagonist willingly crosses into East Berlin to reunite with his family- but can he truly find the freedom and safety he’s looking for while tangled in a political nightmare?

After the break, Larry discusses the HBO series The Gilded Age with journalist and historical fiction author Kevin Baker, who illuminates the interest of New York in the 1880s as a setting, and shares with Larry why this era is so fascinating to the modern day viewer. 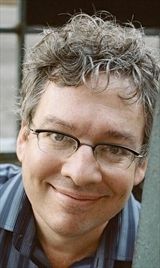 What is the thread that connects a story to an audience?

Larry sits down with Joseph Kanon, New York Times best selling author of the works Defectors, Leaving Berlin, Los Alamos, Istanbul Passage, and his latest work The Accomplice.  Joseph talks about The Accomplice, relationships with families and the perspective of a child and how they deal with the realization of their father is a war criminal.

Also in studio, Gerry Ferretti, independent film maker and Founder/Director of the Long Island Film Festival.  Gerry talks about why he started the festival, the world wide response to it and the impact it has had on both the public and the film makers.  He also discusses his passion for film and film making.