What is the thread that connect us to the story behind the story? In this episode, Larry speaks with author Craig Unger who discusses his latest work American Kompromat, which touches on Opus Dei, how it has penetrated American government especially in the Trump presidency and how Russia has manipulated Trump since the 1980’s.  There is also a lively discussion about Wiliam Barr’s controversial actions and departure as Trump’s former Attorney General.

Also joining the podcast is Author Ray Rickman who speaks about being co-founder and Executive Director of Stages of Freedom, the powerful PBS program The Black Church, his personal history marching for civil rights with James Meredith in Sunflower County Mississippi and his Adopt a Doctor Program.  He and Larry also have a lively discussion about African American crime fiction writers.

With Just a Thought, Author and Professor Darin Strauss returns to the program with some observations about extremism in modern American politics, the fuel of social media and the product of the cancel culture. 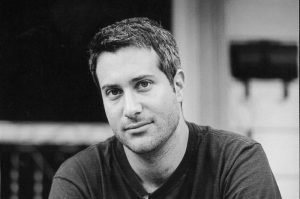